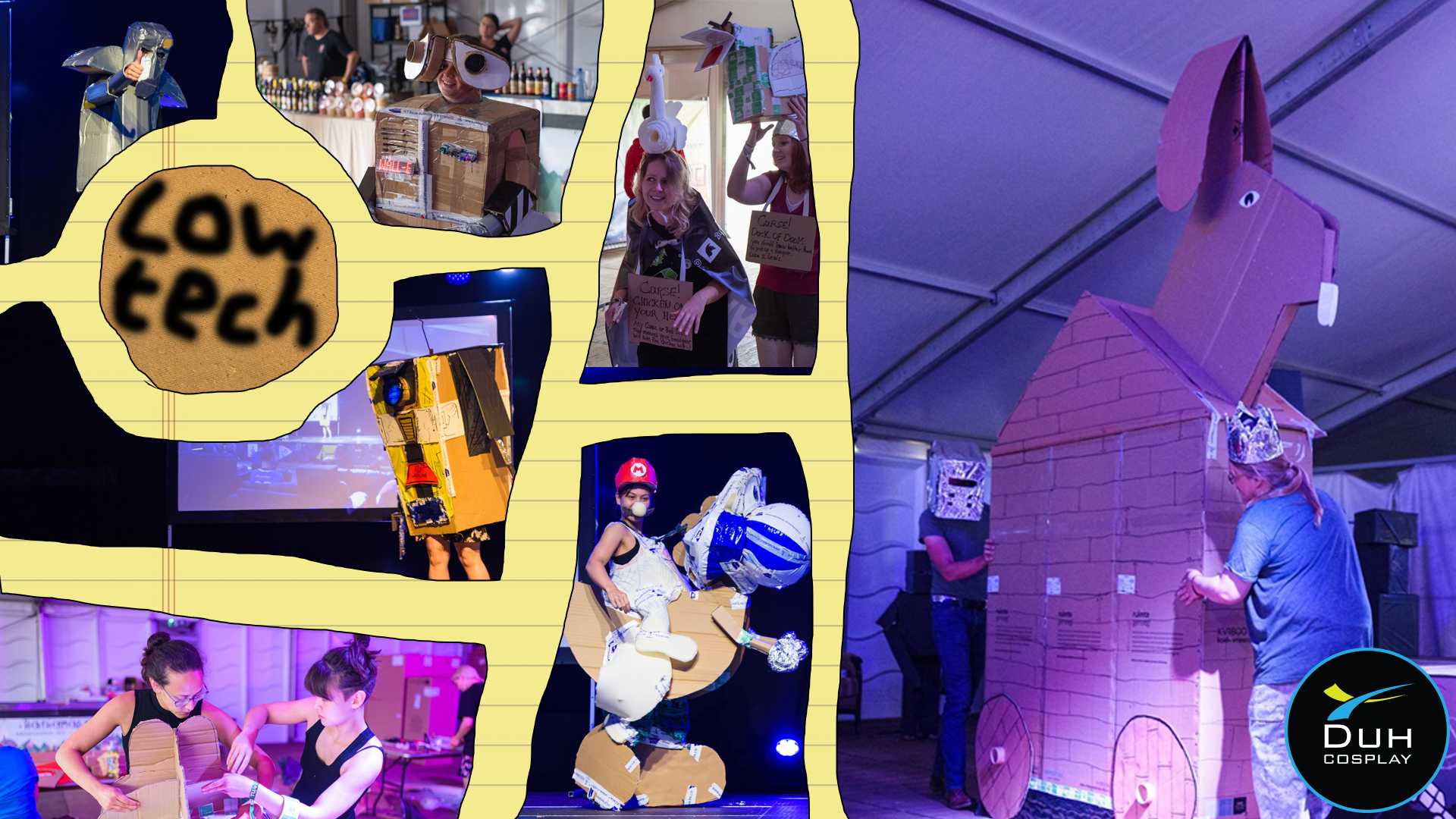 For a few years now, we’ve been inspired and amazed by dozens of awesome cosplayers who were brave enough to show off their detailled creations up on our stage right in front of our visitors. Huge costumes which took hundreds of hours and a ton of high quality materials to craft. Creating these pretty and complex costumes by using expensive materials is no doubt a lot of fun, but we feel this hobby is not exclusive to just the handful of ultimate crafters among us. These days anyone can be a cosplayer, and to prove that we challenge you to put your creative skills to the test at CampZone. We’ll provide a truckload of garbage (cardboard, trashbags, duct tape etc.) with which the wannabe-cosplayers (but also the pros) can get to work! Can you use all this trash and create a recognizable costume inspired by a character from a movie, game or show? Show us what you got!

Use your many artsy and craftsy talents (or the complete lack thereof) and experience the excitement and sensation of the wonderful world of cosplay! Work together with your friends to create the most beautiful piece of trash of CampZone, but pay attention to the time. Before you know it the afternoon is over with nothing to show for your hard work, leaving you with a pair of unfinished legs and a whole lot of tears and frustration. To properly judge your creations we’ll end the competition with a mini cosplay show, after which the winners will be announced. Of course there are prizes to win (still a surprise, though) for the teams who manage to craft the best resembling costumes, but the true prize is fame everlasting! Because who doesn’t want to be known as the Cosplay Trash King or Queen of CampZone?

All you need to do to participate with your team (or solo) in this contest is to be present in the Stage Area when the crafting is about to start. Everyone can join, so even those who don’t know the difference between glue and a stapler. Channel your inner artist and join us for an afternoon of carefree crafting and general awkwardness!