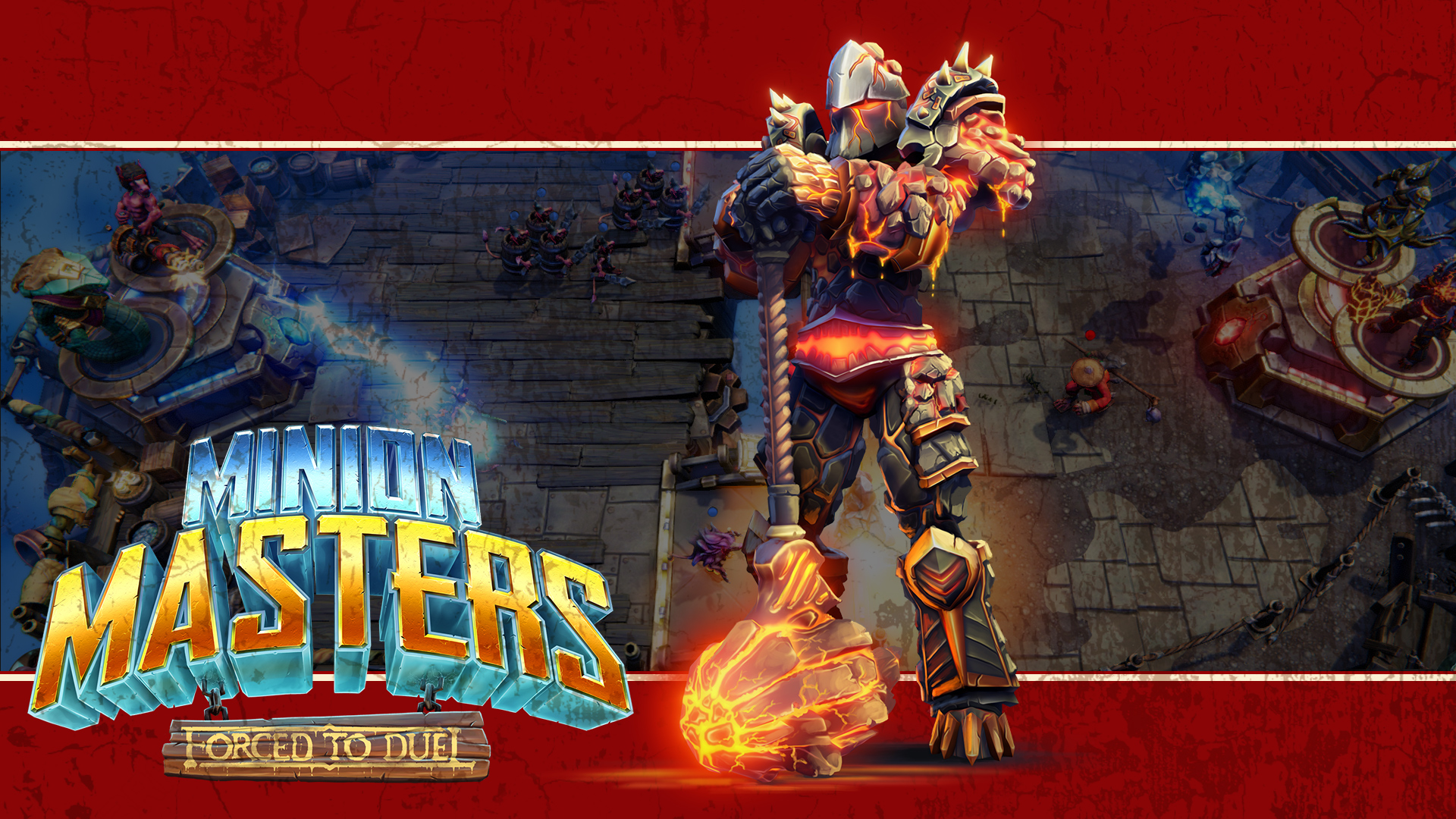 Visitors who’ve been to CampZone for more than a few editions now might already be familiar with the game Minion Masters. Minion Masters was the free promotional game for CampZone 2017 which all full event visitors received from us with their tickets, and those who wanted to show off their skills could do so in the competition we held for the game. Since then Minion Masters exited its Early Access phase and got officially released, and it even has a proper 2v2 mode these days. So this seems like a great time for us to bring back Minion Masters to CampZone and organize a new competition!

Minion Masters can best be described as a Collectible Tower Attack Card Game. That’s quite a lot of words randomly thrown together but at its core you collect the cards you want to play with, build the best deck there is and try to defeat your opponent by sending your minions through lane based combat to the enemy hero. By tactically placing your minions and carefully using your mana and spells you make sure your troops safely reach your opponent so they can murder them in cold blood. Especially in the 2v2 mode they key to victory is coordinate each of your steps, which adds a lot more depth to the gameplay.